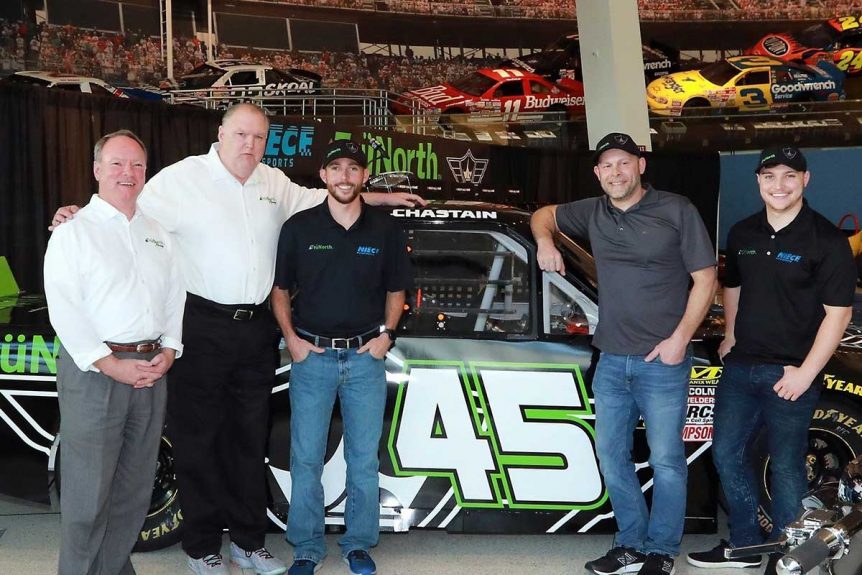 TrüNorth Warranty and Paul Teutul Jr. of Paul Jr. Designs and a star of “American Chopper” unveiled the TrüNorth Paul Jr. Designs NASCAR truck Jan. 18 at the NASCAR Hall of Fame in Charlotte, N.C., marking the second such collaboration between TrüNorth and Paul Jr. Designs in recent months, according to an announcement.

In 2018, TrüNorth commissioned a Paul Jr. Designs custom chopper which was unveiled at the annual Used Truck Association Convention in Orlando, Fla., in November and taped for an episode of “American Chopper” on the Discovery Channel, airing in February.

“We’re very excited to continue working with Paul Jr. on several unique initiatives this year,” says Kirk Eskridge, TrüNorth Global CEO. “He really understands our business and our clients and brings an incomparable level of creativity, innovation and enthusiasm to each project. We look forward to our ongoing partnership with Paul and to sharing his work with TrüNorth retailers and warranty customers at events throughout the year.”

Eskridge adds, “In addition to engaging Paul Jr. Designs with our NASCAR Gander Outdoors Truck Series program, we’ve commissioned a second custom chopper in association with a new brand we’ll be launching later this year. We plan to take both choppers and the TrüNorth Paul Jr. Designs NASCAR truck on tour to our clients’ dealerships throughout the year.”

The TrüNorth Paul Jr. Designs NASCAR Gander Outdoors Truck Series truck will make its debut at Daytona International Speedway in the NextEra Energy 250 on Feb. 15 and will appear in several other races this year.

You have Successfully Subscribed!